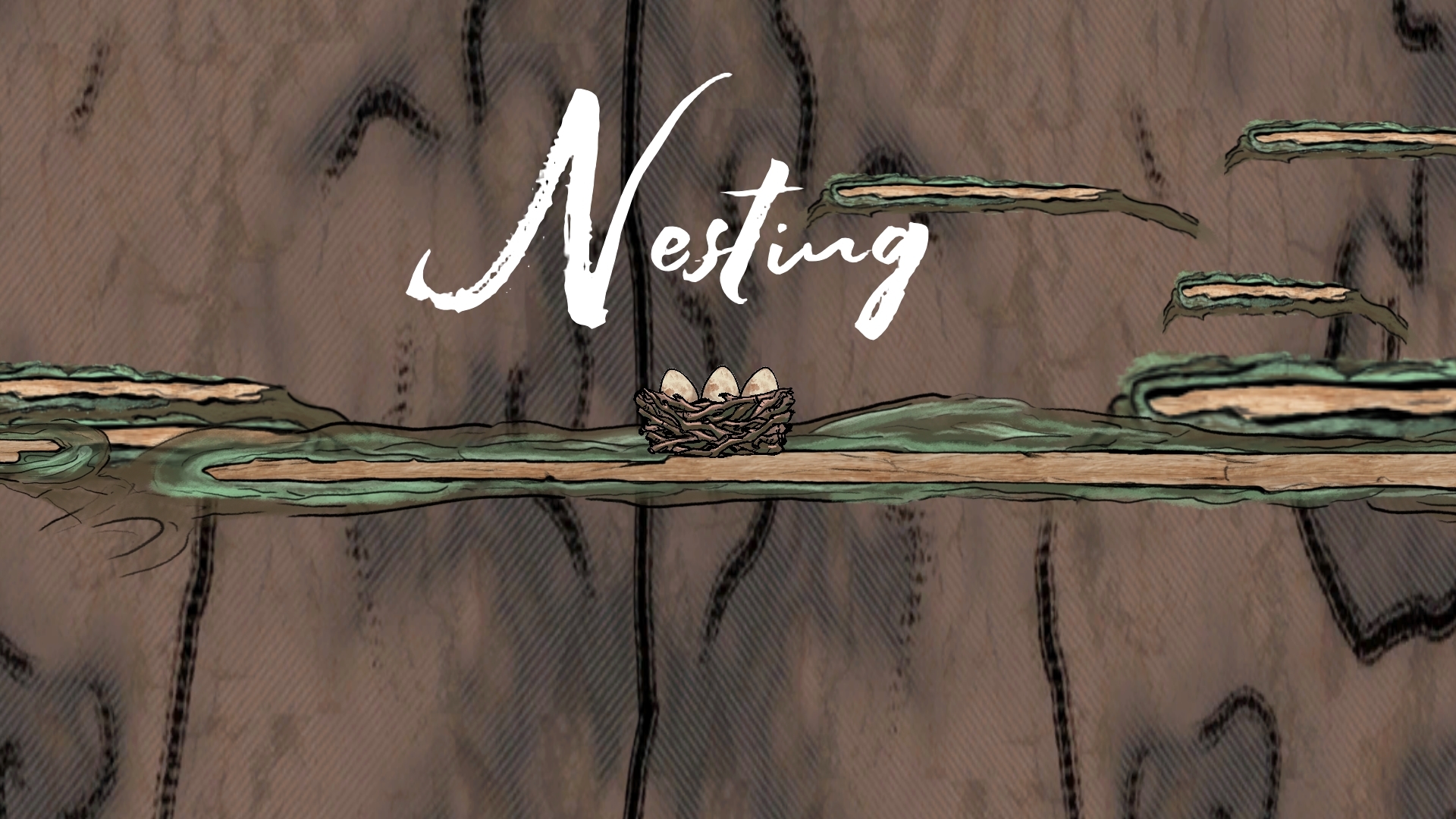 Nesting is a single player platformer created for the Global Game Jam 2019, with the theme: "What does home mean to you?" When we think of home, we think of family, of balance, of growing and finding new experiences. But we also think of the inevitable day when you have to leave and make a new home. In Nesting, you'll build your home one twig at a time. 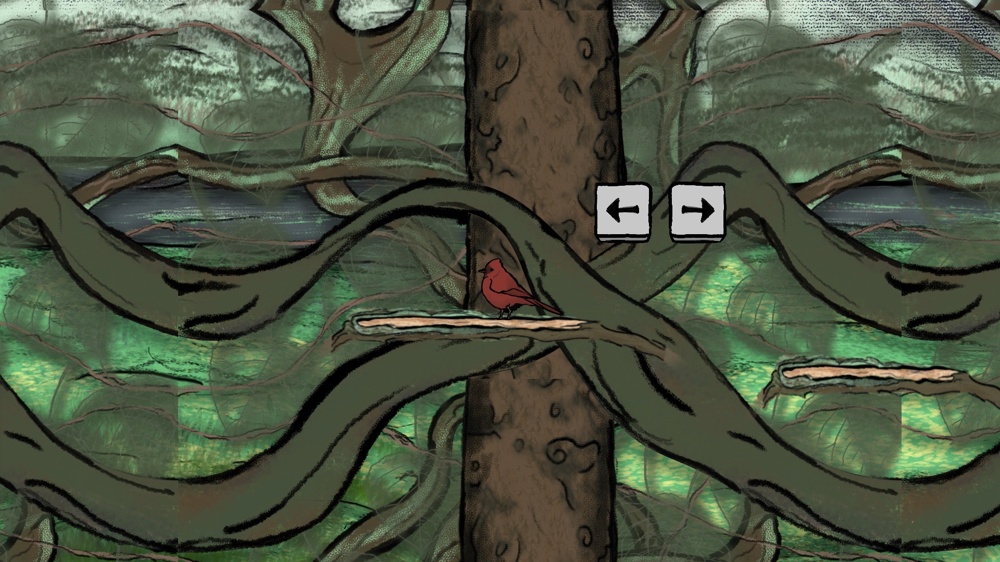 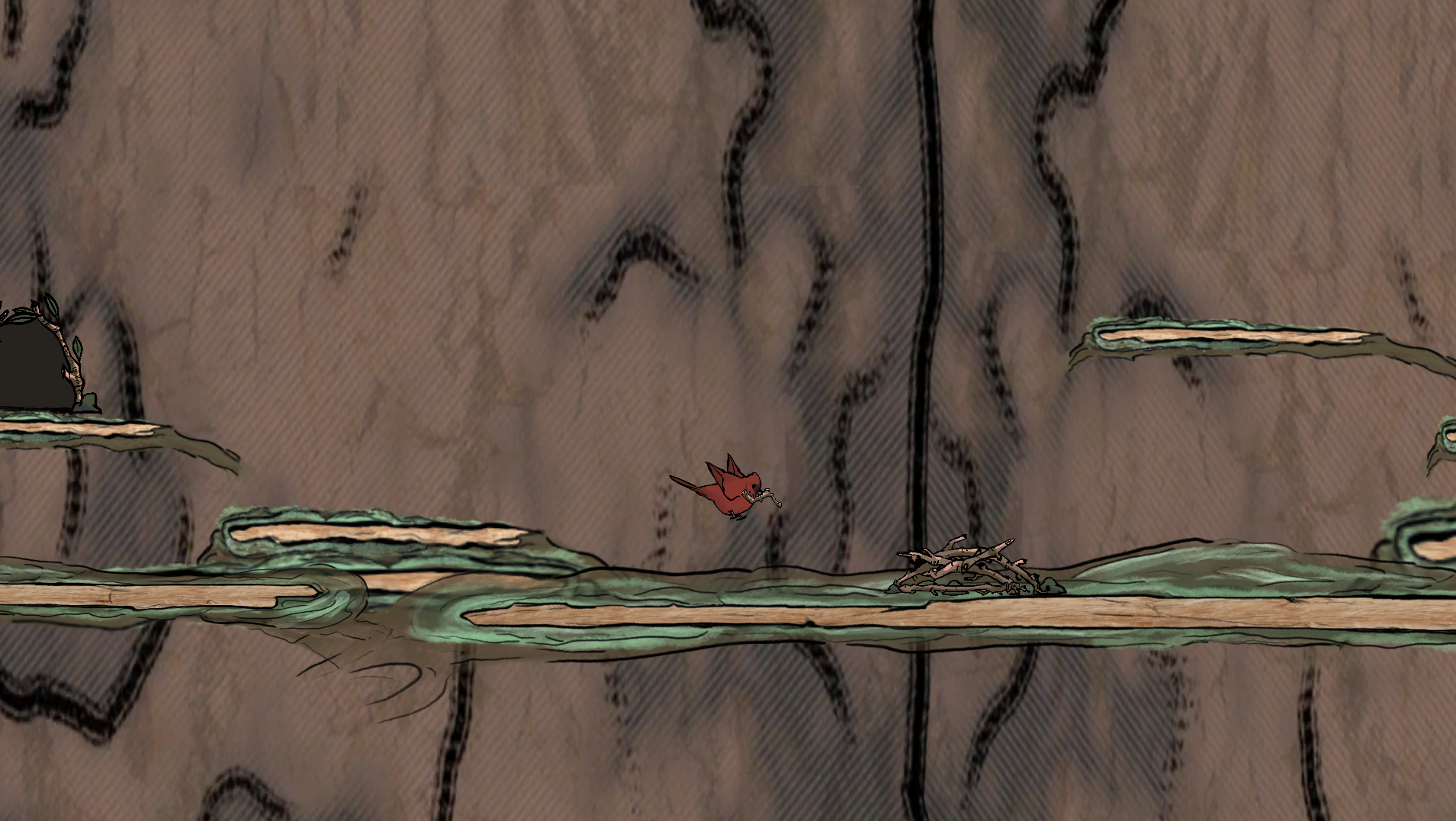 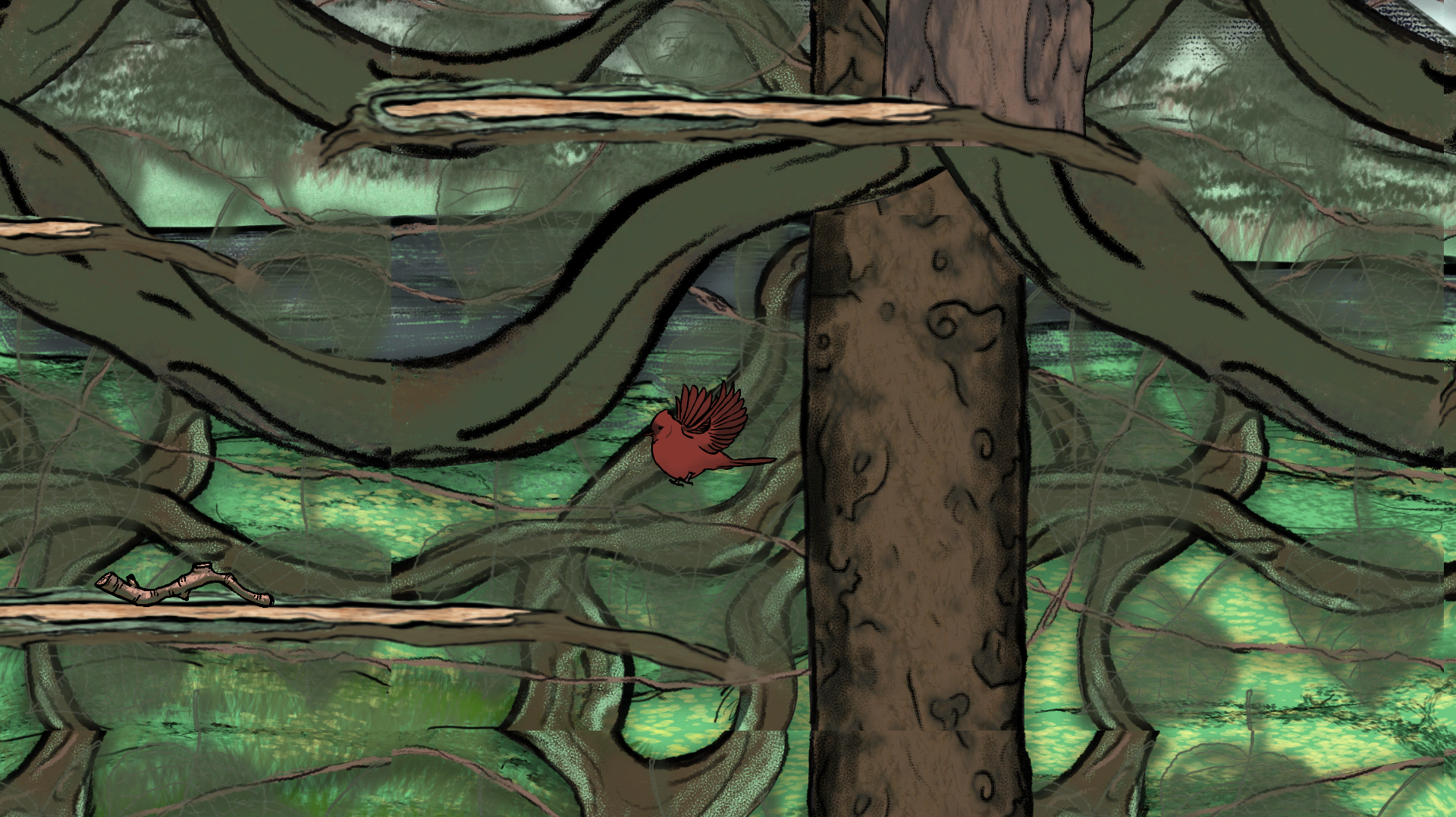 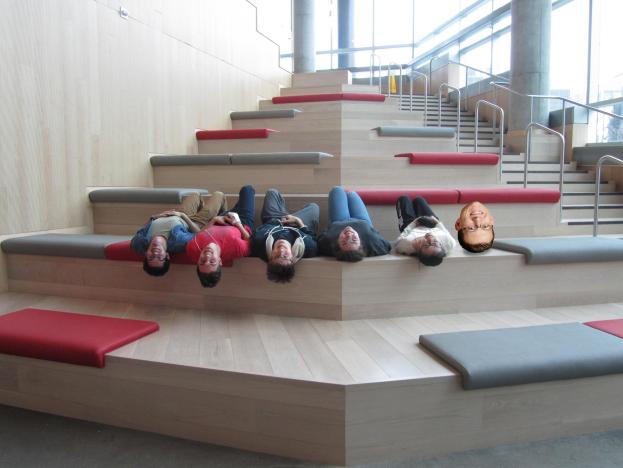 Nesting was created as part of a CMU course called Game Design, Prototyping, and Production, for which the Global Game Jam was the first team project. This meant that our team had met for the first time only days beforehand. But I could not be happier with our results. Our initial design process was light-hearted and natural, beginning with a large set of potential game concepts and narrowing it down to Nesting as our unanimous favorite. We continued to flush out our vision, painting large visions for a game that was both enjoyable and impactful. From there, I set out to code Nesting from the ground up, as if I was building my own little nest. I dedicated many hours to crafting and polishing the bird's controls and animations, so that gliding and flying through the air felt satisfying and free. My only programming partner, Avery, was relatively new to Unity and git, but picked up the workflow quickly and was able to assemble the world of Nesting piece by piece in the editor. The artwork and audio that my team created was stunning, and as all of our elements came together, something beautiful and charming was realized.