Background: During the summer of 2020, I was an intern at Blizzard Entertainment on the initial design team for Hearthstone. This included designing and implementing upcoming content, which I can't talk about just yet. This also meant I wasn't able to present my work for the internal Blizztern expo at the end of the summer. So instead, I showcased the design process for some of the cards that I worked on last summer during my first internship, which have since been released. Below is a re-creation of that virtual expo board. (You can also check out my 2019 Blizztern expo board.)

I first interned on the Hearthstone card design team last summer, starting in the middle of development on the Ashes of Outland expansion. This means that many of the mechanics and card text boxes were already done, but there was lots of flavor to cover, and a handful of cards to redesign. Over my first month, I learned how to implement cards, wrote art descriptions and voice lines, and improved my design skills considerably.

The expansions I worked on last summer

Before I knew it, we were ready to start on the next expansion: Scholomance Academy. We had a blast coming up with all the characters and spells you might find in a whimsical school of magic. For the rest of the summer, I explored many new mechanics and cards to find what would be most fun and fitting for Hearthstone's version of Scholomance. We eventually settled on Dual Class, Spellburst, and Studies.

Since the Initial Design team starts working on content so far ahead of release, I can't show any of the mechanics or cards I've been working on this summer. 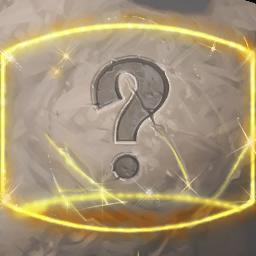 So to show you what it's like on Initial Design, I've laid out the process for 2 cards from last summer. One is a Scholomance Academy card that steps through the design of a card's function, or mechanics. The second is an Ashes of Outland card that illustrates the flavor process.

Gameplay First is a value we all know and love. Our first priority is to design cards that lead to enjoyable gameplay, and let players engage with Hearthstone in new and interesting ways. Spellburst lets us tie minions and spells together in a way players hadn't seen yet. As shown above, Cabal Acolyte's iteration focused heavily on finding the best gameplay for both​​​​​​​ players.

Each expansion has core mechanical themes that lead to cohesive gameplay. Scholomance Academy introduces Spellburst as its new keyword, which means that this keyword will be a driving theme for the whole expansion. We iterated on Cabal Acolyte's gameplay and flavor in order to bring out the best of Spellburst.

Hearthstone prides itself in being approachable and elegant. We can achieve depth in gameplay without unnecessary complexity. Cabal Acolyte is a great example of this, because its text box went through several iterations to improve readability and simplicity while maintaining fun and novel gameplay.

Each class has certain gameplay patterns that we encourage (all tied to their fantasy, like in WoW). They also have certain gameplay strengths and weaknesses. Priest is good at handling small minions, and is known for taking control of enemies. These both play into Cabal Acolyte's effect.

It is important that Priest cards make you feel like a Priest in the way you play them. It is also important that you connect Scholomance Academy cards to their setting and context within the expansion. Even in the earliest iterations of card mechanics, we take some time to come up with stories and characters that bring out both the class and expansion flavor. Cabal Acolyte went through 4 different names!

We need to make sure that once a card is sent out into the world, it can be exciting and preferable to older cards, but not necessarily meta defining. Even in early iteration, we try to test cards at a reasonable power level in order to understand what it will feel like to players. The tuning of each card has a rippling effect on all of its gameplay.

Every expansion has a setting that defines where its characters are and what events might be taking place. Ashes of Outland is set on the shattered remnants of Draenor, where the Rusted Legion has laid waste. This is relevant to the presence of a darkglare, originally part of the Burning Legion, and also important to the backdrop of its artwork.

Hearthstone's whimsical twist on Outland is a Mad Max style wasteland of rust and scraps. This plays into individual characters such as Darkglare, who has various metal parts. We left the artist, Nicola Saviori, with agency to decide what parts should be metal. His personal style and expression was able to come through, while still delivering on the expansion's themes.

This is particularly important for pre-existing characters and races from the Warcraft universe. Darkglare is a minion that can be summoned by affliction warlocks, so it is important that Hearthstone's portrayal is consistent. In this case, we made sure that Darkglare was a Warlock card, and that it got the Demon tribal tag.

Classes in Hearthstone each have distinct gameplay styles, prefer certain minions, and have signature color palettes. The choice of a Demon in Warlock was explicit, and the purple and fel-green of Darkglare's art is no mistake. The tone of the minion's voice lines is also directly tied to the tone of its corresponding class.

The fantasy of a card requires a smooth blend of mechanics and flavor to hit just right. It can also help you understand and internalize the card's effects. Since this card wants you to deal damage to yourself, an evil demon with a sadistic smile is a perfect match. The VO line, "A little agony goes a long way..." is also a fun joke that lines up with Darkglare's text box.

The exciting and diverse cast of minions, spells, and more is fundamental to Hearthstone's charm and longevity. We want to constantly create new, fresh characters and stories to the game, and Darkglare was something we hadn't played with yet. Witty voice lines also go a long way.

Writing flavor for Darkglare in the Ashes of Outland card sheet